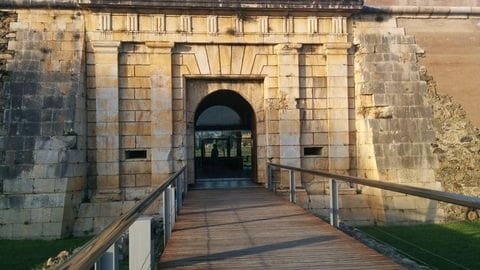 The Citadel and it museum

A walk through the gardens of the Cituadelle is a must for those who visit Roses.Declared as historical and artistic complex in 1961, the Citadel brings together vestiges from different eras and occupations.The military fortification, with the monumental Porta de Mar, is an area of 131,480 m2 in Renaissance style which was built in 1543. Its interior is an important archaeological site where we find the remains of the Greek city of Rhode, foundedin the year 776 BC by Rhodes;the Hellenistic quarter, which lived during the 4th and 3rd centuries BC during the most prosperous periods of the city;the Roman villa, dating from the 2nd to the 2nd century BC.the 11th century Lombard Romanesque monastery of Santa Maria and the 19th century discoveries. 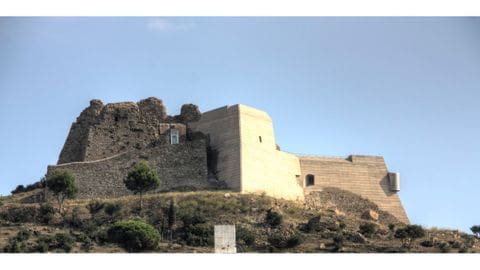 The Trinity castel crowns the Pointe de la Poncella above the Roses lighthouse.This military construction, dating from 1544 (16th century), was built during the reign of Emperor Charles I..Its dimensions are quite considerable and its walls are more than two meters thick.It had three terraces for batteries of cannons, howitzers or mortars, at different heights, to defend the port and the coast, and its garrison was at most 200 men.The entire complex, although heavily demolished, is an excellent example of a coastal artillery fortress. 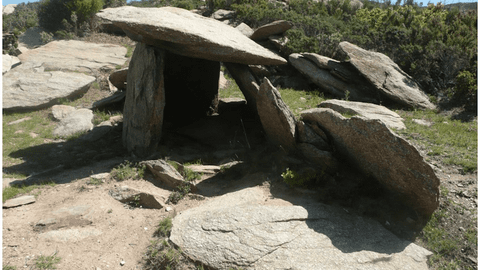 Inhabited since Antiquity, Roses has one of the most complete and impressive megalithic routes on the Costa Brava.Three large dolmens are the memory of the first settlers: the Creu d'en Cobertella (3000-2700 BC), the bed of the Generala (3200 BC) and the Cap de l'Homme.The dolmen of Creu d'en Cobertella, the largest in Catalonia, dates from the Neolithic and was declared a historical and artistic monument in March 1964. It has a large gallery, covered with a four-ton slab, 5 years ago.It is 20 meters long, 2.45 wide and 2.14 high.During the trip through the origins of the municipality you will also find the two menhirs of Casa Cremada, dating from the fourth or third millennium BC: the cista of Casa Cremada, which had been used for funeral purposes, such as the dolmens,and the Rec de la Cuana cave dolmen, dating from 2500 BC.